A few days ago, a friend retweeted something he’d posted exactly a year prior, using a new app called Timehop. Intrigued, I checked out the app. (Warning: they require you use Facebook to sign up.) And for the last few days, I’ve been enjoying some reminiscing. And apparently April 5th is a pretty interesting day for me. Starting seven years ago, around the time my online presence was present:

It was a Wednesday, I was a junior in college, and I was in Kunming, China. My homestay family had taken me fishing. I remember this day quite clearly because it was the first time I actually spoke Chinese, rather than translating my ideas from English. I left my man purse on a bench with my homestay brother (I can’t believe I even have a picture of this), and he subsequently left. My homestay father shouted across the concrete pond, “Petah! 这是你的吗?” (Peter, is this yours?). I immediately understood, and replied that it was. It was a pretty incredible feeling.

It was a Sunday, and I had only recently truly realized how small the world is. On a whim, I used up some of my miles to go to see my brother in Edinburgh, Scotland. Not only was the trip incredible, and a great time spent with my bro, but it was because of this trip that I have my current world view: want to go to Europe? There’s nothing stopping you. Tickets aren’t that expensive, you don’t need a visa; the only thing stopping you is this notion we all have/had about trips being a big deal. Anyway, on April 5, 2009, we saw an awesome dude playing bagpipes, and I snapped this shot.

It was a Monday, and, still living in Hangzhou, I’d apparently just returned home from a trip to the states. And to celebrate, Daisy, not yet my wife, took me to our favorite Hangzhou sushi spot to celebrate.

It was a Tuesday, and, as I recall, the day before I left China to move to – sigh – Houston. Daisy & I spent the day on 大兜路, and our grand finale was Hatsune, the same place we went the year before!

It was a Thursday, and Daisy & I had moved into our [current as of 2013] apartment a few days before. There was a beautiful sunset/moonrise as seen from our apartment, and my sister sent me a photo of a star trail photo I took in high school, still in the north stairway: 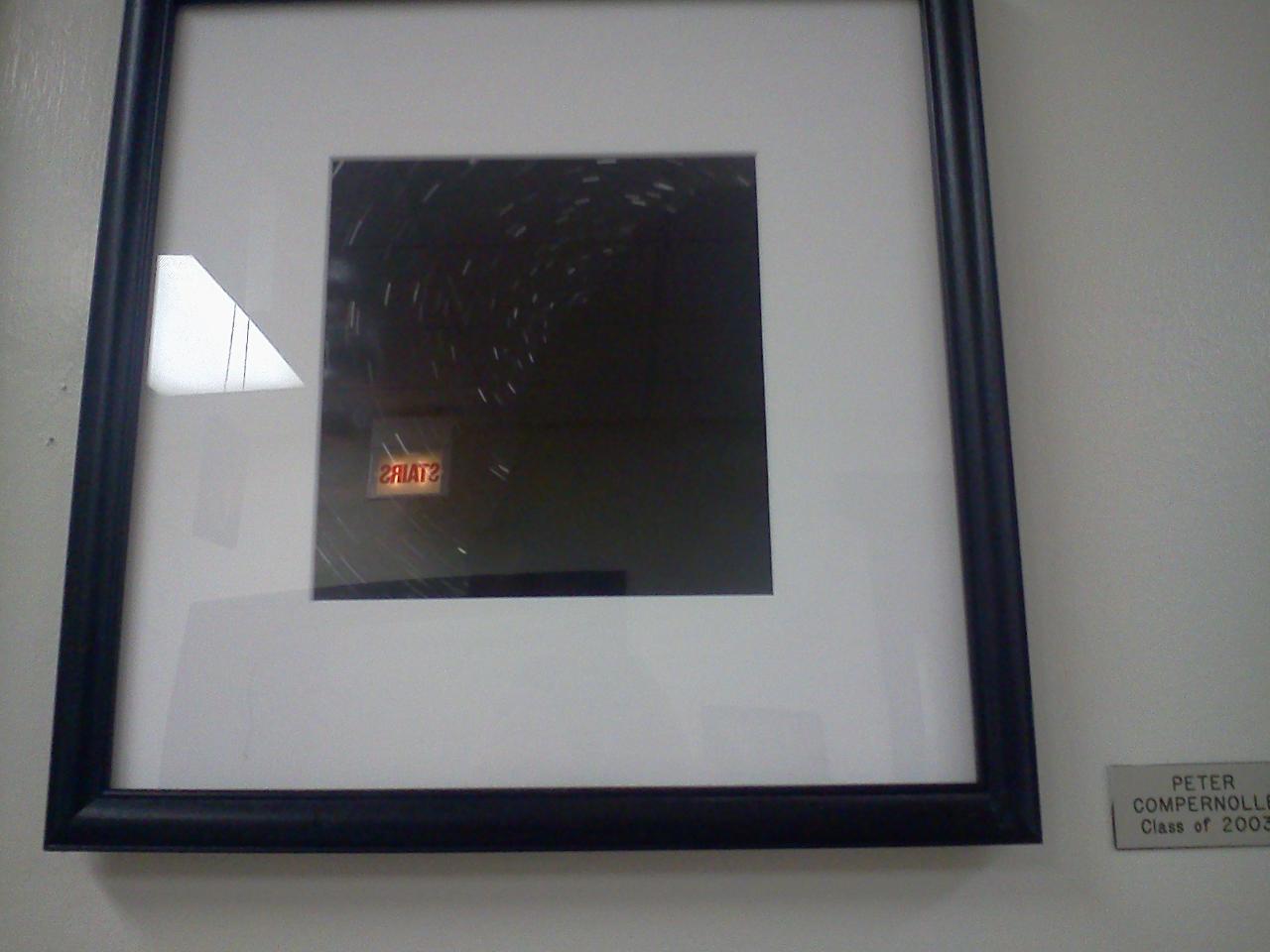 And that brings us to today. The weather in Chicago has finally turned to not-terrible, I’m starting a new job Monday, going to a party in the John Hancock, and then meeting up with some friends for drinks. Life is good!